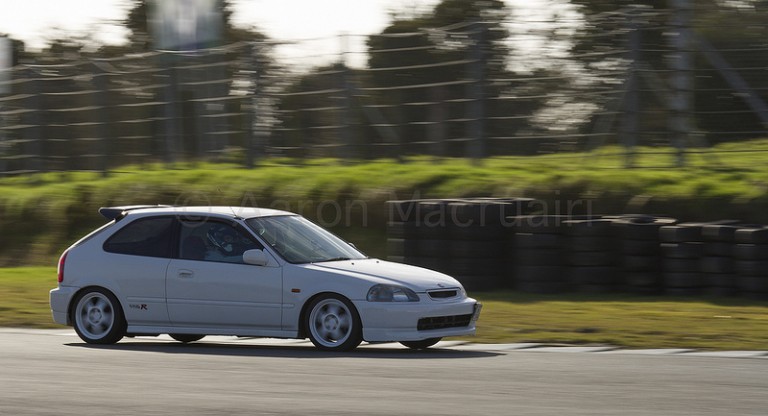 Having bought an EK9, new suspension was the first thing on the wish list. Having spend a long time researching the various sets available and reading endless reviews I decided on the MeisterR SuperRace. I didn’t really mind how stiff they were on the road so long as they would hold their own on track or on spirited drives on smooth tarmac. However everyone, including myself, were surprised at how forgiving the SuperRace actually are on normal roads. The car doesn’t crash over bumps and humps, rather it rolls over them and is quite forgiving considering the spring rates.On track the only thing that beat me through the bends were time attack cars and competition cars and I was on normal road tires. I began the day with the damping on fully soft all around. I immediately felt the car being a little tail happy so I stiffened the front damping by 5 and it was perfect! I never had to touch it again all day. I even had two Impreza STI drivers in the car and they couldn’t believe how well it gripped!

The quality and appearance is excellent. It was a shame to put them on the car and get them dirty as they made a nice ornament in the house for the few days before I had them installed.

I dealt with Jerrick who was very polite, very easy to deal with and had an answer to every question I had. I really don’t think you could get better value for money and I bet you would have to spend an awful lot more money to get a better set up.

get in touch with us.

Contact MeisterR with your enquiry and our friendly team will be happy to help you. You can call, email or text us, we are always reachable.